“9th of February, on Wednesday, I went to the Museum of Innocence with my classmates and my teachers. It was a good experience for me because I saw a lot of old belongings and a collection of objects. When we entered the museum, on the right side, we saw lots of cigarettes on the wall. After that, we toured the second and third floors. On the third floor, there was a small bedroom. After we went out of the museum, we returned to school on foot.”

“It was fascinating and enjoyable; when I first entered the museum, the whole place immersed me. Everything appeared to be true. When I was in the museum, I first saw the cigarettes and then went upstairs, and I think it was magical because everything was like it came out of the book.”

“The Museum of Innocence is an exciting place with an immersive story that you can get lost in there. The four-floor museum has so much detail packed into it, and it’s so cool. The museum has this old stuff that makes you feel like you are living in the 1970s of Turkey. The story of Kemal and Füsun.”

“I haven’t read the book, but I wished that I had read it before because I understood that I hadn’t read a fantastic story when we went there. The museum had such a different atmosphere that it took me back. You can easily understand that there once was a beautiful story of a young man and a woman. Also, the museum makes you feel like you are a part of the story.”

“Honestly this museum was really amazing because it makes me feel nostalgic.Even though the majority of us didn’t read the book we still read the summary about the book and important information about the author Orhan Pamuk.Our teacher showed us a slide show of his life, basically his biography. The museum itself is extraordinary because there isn’t any museum like this in the world. For example there are art museums, science museums, history museums but there aren’t any novel museums so it’s the first of its kind. The museum has four stories and it’s the actual house that Kemal lived in. It’s based on the items that Kemal took from Füsun’s house. There are many significant items that reflect Turkey in the late 80’s. I think the most conspicuous part of the museum was the wall which had all the cigarettes that Füsun smoked in five years. Also there are little sentences in each day under that cigarette which reflects the actions, feelings. There are clothing items, drinks, photographs, makeup items that Füsun used etc. The last floor was a little room with a balcony. The interesting thing is that Kemal himself lived in that room for years and told Orhan Pamuk about this heartbreaking story there so you can see the author’s drafts of his book and how he planned this whole apartment to be a museum from years ago.”

“The museum we visited was very impressive. It made me feel different feelings .I think the museum is extraordinary . Before going to the museum, we learned about the author and his works with our teacher at school. I knew many things when we went and this helped me a lot while visiting.The museum is about Füsun and Kemal. When we visit the museum, we can see his love for Füsun. Because Kemal has secretly collected many of his belongings from Füsun. I started the tour from the top floor. There was a room on the top floor and there were many old items in the room. This meant a lot to me. As I went downstairs, I saw that every corner of the stairs was made of glass and there were old items inside.The thing that impressed me the most in the museum was the smoked cigarettes on the ground floor. When I researched, I learned that these cigarettes belonged to Fusun and Kemal had collected them. If you ever find yourself in Istanbul,You should definitely see the museum of innocence.”

“The Museum of Innocence may be one of a kind. The details held in those cabinets makes us live the history between Kemal and Füsun.
Our trip started off with Madame Didem and Miss Houda. Ms. Houda led the students to the museum and Madame Didem was with us the whole time as well. When we arrived, each of us bought a ticket and was given a small piece of paper that had a picture and the name of the museum on it. Think of the museum as a house, 4 floors and a shallow door as an entrance. When you enter the museum, you see a wall full of cigarettes. These symbolize a part of Kemal’s love for Füsun, he’s kept every single thing that reminds him of Füsun and their love. It’s the purpose of the whole museum. Short clips from the 2000s are shown next to the wall of cigarettes. After you finish the first floor, you go up the stairs and you see the main part of the museum. There are different cabins for each chapter of the book, The Museum of Innocence. Food, clothing, alcohol and more are waiting behind those glass windows. As I said, the cabinets are named after every chapter from the book and show us a small summary of the chapter with the items inside them. The cabinet that I adored the most was the one where Füsun’s dress was held and it had small items that symbolizes her within. Two floors of history and the love story of Kemal and Füsun. I was fascinated by these symbolizations made by the author himself, Orhan Pamuk. He brang the history back to life with this museum he inherited himself and the museum has been with us since 2012. The top floor was Kemal’s room if I’m correct. A bed, a wooden horse made for children and a night stand. Basically a bedroom. On the wall face to face with the bed were drawings and writings of Orhan Pamuk made while he was planning on making these museums. I was impressed, even surprised to have seen the plans he made for such a story. He made it seem as if Kemal and Füsun were here with us today.
Even though I’ve never read the book, I’ve lived the history right when I entered the door. Right before we left, we discovered that there were cabinets where the visitors could leave messages or souvenirs to remember that they’ve been there. We left a note too.
One of the notes itself had a saying of Orhan Kemal that said life is just a phase, live in it, love in it and make memories. These weren’t the exact phrases written, but these are my words per se.
Shortly, I enjoyed our trip to The Museum of Innocence, and would enjoy having similar trips to places like this one as well.”

“At first we briefly talked about the book in English and Turkish literature class. We got information about what the book is talking about and also information about the author, Orhan Pamuk. We went to the museum with Madame Didem and Miss Houda. The museum was fairly small in size but it was enough to amaze a person that has read the book. Even for us children that have not read the book it was more than enough for us to have a good idea of the book. When you first enter the museum, you are welcomed with tons and tons of finished cigarettes that Füsun, the female lead of the book, smoked and that Kemal, the male lead of the book, stole. There were smudges of Fusün’s lipstick on the buds of the cigarettes and quotes below the cigarettes that Fusün said while smoking. The museum has 4 floors and each floor is filled up to the brim with Fusün’s belongings that Kemal has stolen. When you, an average person, look at them you might and probably will think that Kemal has some kind of problem and you are probably right. There are dresses, bathroom supplies, important documents and many more. There was one part of the museum that I found really interesting. The items are displayed cabinets and these cabinets had drawers. These drawers contained notes of the past visitors. These notes were written by many different kinds of people. From break ups to university students, so many different people with different stories. It amazes me how so many people came to this place by just one story and that they feel a part of this story.” 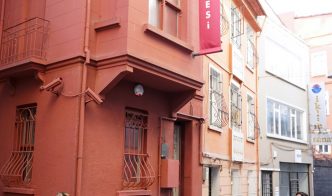 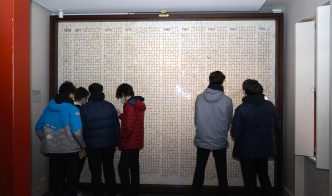 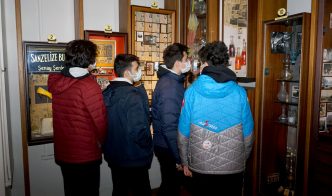 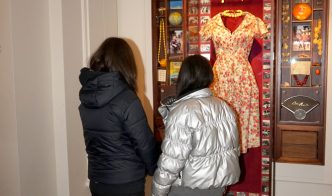 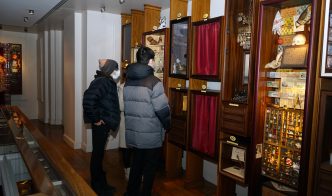 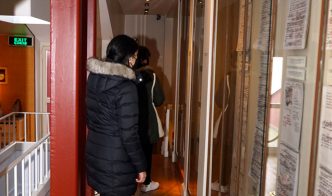 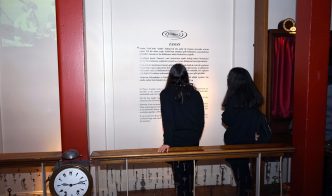 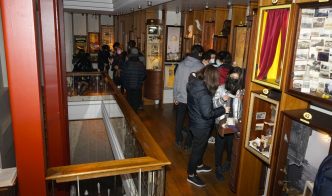 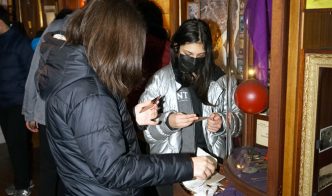 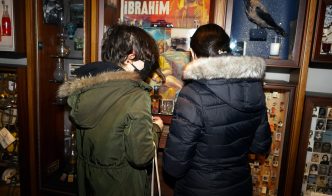 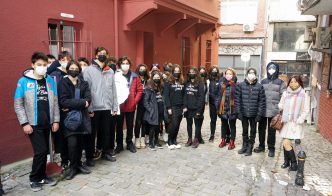