What did we do at the SB-BMUN’22 Conference?

On 22nd June, we were all together in the médiathèque for our annual SB-BMUN conference. We had a bilingual committee that debated “How can the negative environmental impacts of the Hedasi Dam, built by Ethiopia on the Nile river flowing through Ethiopia, Sudan and Egypt, be avoided ?”. There was also an English-language ICJ hearing that delivered a verdict on the case brought by New Zealand and Australia against Japan for alleged breach of international obligations concerning whaling.

A fun start to the conference

In the bilingual committee, we started with the roll call and a brief reminder of the rules. We continued with icebreakers, such as writing the first word that comes to mind in relation to the notions on our problem, finding the countries on the world map with eyes closed and spotting two truths separating a lie, with three pieces of personal information.

Presentations and drafting of resolutions

After these fun activities, the two presidents gave their presentation in English and French, better to inform the delegates on the topic for debate. Then, the delegations finished writing drafts of clauses, sub-clauses, preambulatory phrases and lobbied to get support for their best ideas.

We also had a coffee break between lobbying for better concentration and a rest from the hard brain work and persuading! When the lobbying was over, we were able to go outside the school to have lunch for an hour.

Towards the end of the day, the resolutions were read, with the contribution of the speeches of the delegations, the debates were held, and finally, amendments were discussed.

At court, what was going on ?

On the other side of the mediathèque, in the ICJ, New Zealand and Australia faced Japan. The arguments in defense were made, and at the end of the day a crisis was urgently taken into consideration. Paul Watson has announced that Sea Shepherd’s high tech, Batman-style multi-million dollar speed boat “Ady Gil” was being attacked by a Japanese whaling vessel, the “Shonan Maru”.

ICJ members did not forget to relax by doing special activities for the SB-MUN club. We’ve all had a good time coming up with words that start with the last letter of what other people say and trying to market ordinary objects found in our high school.

Second day of the conference

At the beginning of the day, while the last amendments were proposed and then the resolutions were voted on by the delegates in the committee, the crisis persisted at the ICJ. Fortunately, the two resolutions, one in English and the other in French, are passed and our judges have come to their decision!

Surely, it is not possible to end an MUN conference without “gossip box” and “superlatives”. The whole SB-BMUN team had a lot of fun making these classics!

At the end of a magnificent conference, we gathered in the Siluet for the closing ceremony. We watched the video prepared by the press team. The best delegate and the judges’ verdict have been announced. The chairs of the committees, the head of the press team and our club presidents made their speeches. We experienced emotional moments all together finishing this incredible journey! 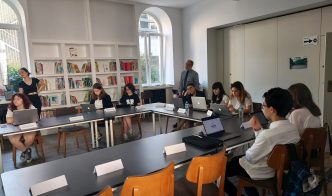 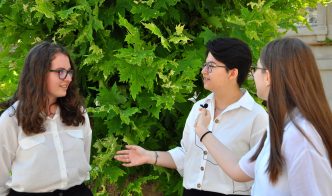 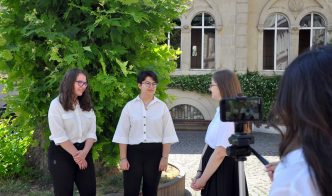 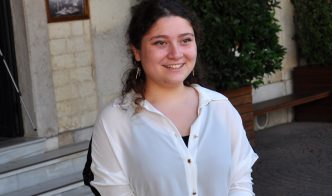 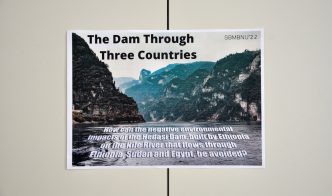 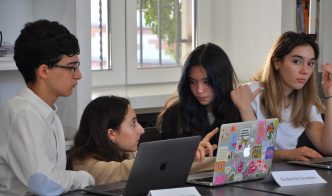 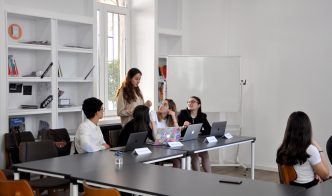 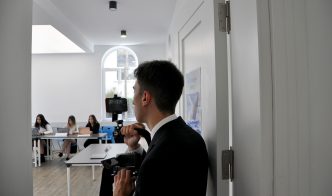 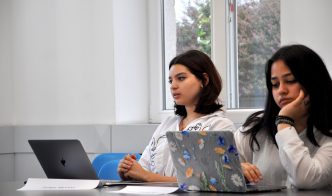 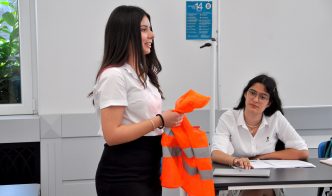 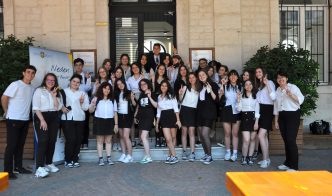 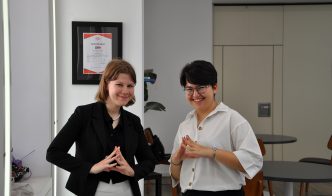 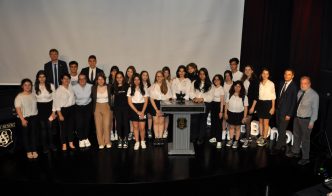 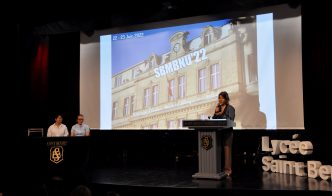 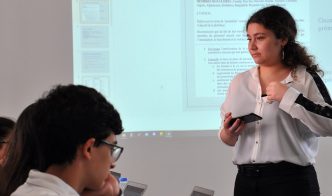 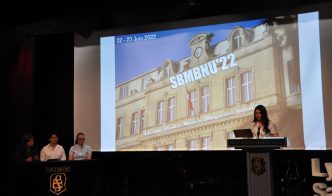 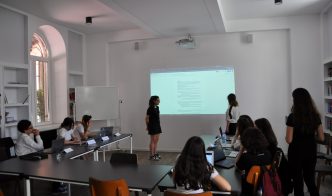 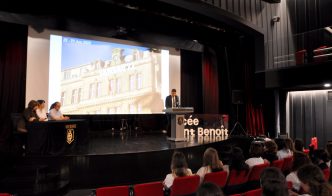 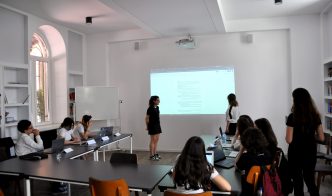