Our students shared with us their first impressions !

Today was a very sad day because we had to say good bye to our friends very early this morning. It had only been a week since we had met but it was as if we had known each other for years. Good bye dear friends ! With a very heart we got on our yellow bus for the last time and headed for the airport. And now it was time to see New York. We arrived at JFK airport after a hour-flight. From there we drove to our hotel by a shuttle bus. New York, New York, here we are ! As soon as we checked in our hotel we went to the famous Times Square. In this quarter which is probably the most famous attraction of the city there are giant screens and ads on the buildings. What an amazing place this was !

Today we visited two of the most famous museums on our programme in New York, namely Metropolitan Museum of Art and American Museum of Natural History. We went to these museums which are situated on both sides of Central Park being in the centre of Manhattan by taking the famous New York Subway. As soon as we entered this gigantic building we were welcome by a very large hall. The museum hosts various paintings, statues and works of art of different eras.After we left this very impressive museum it was time for the next one. For this we had to cross the Central Park. Just like the city itself the park was very big as well and there were lots of things to see. At last we arrived at the American Museum of Natural History. This museum that was arranged according to continents and exhibited our natural and cultural legacy was amazing.

Our day started with the Empire State building that our hotel which our hotel is close by. It was possible to see the city from the 86th floor of the building which is one of the tallest skycrapers of the city. After this visit it was time for a boat trip to see Manhattan island. During this trip in which we could see all of the island from the sea we suddenly encountered a very famous lady on our way : the Statue of Liberty right at the entrance of New York harbour ! We knew this great statue from movies but it was exciting to see it live.When we landed at the pier we had the chance to see again Times Square and 34th street which were very close.

Today it was the last day in this wonderful city and the States. We set off again for another of New York’s museums, namely the Guggenheim museum. Being famous for its architecture and being situated in many big cities in the world the Guggenheim museum exhibits classical and contemporary works of art. After having left the museum we walked through Central Park to reach another famous district of the city : Columbus Circle. Having a Statue of Christopher Columbus in its middle this square is surrounded by the Times Square building and famous stores and is situated in one of the finest districts of the city.Unfortunately our adventure had come to an end here. 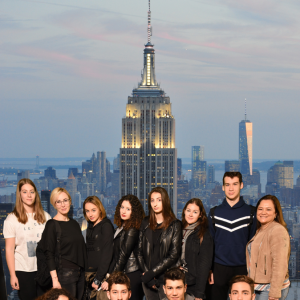 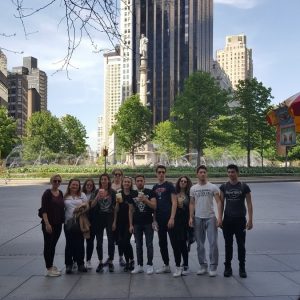 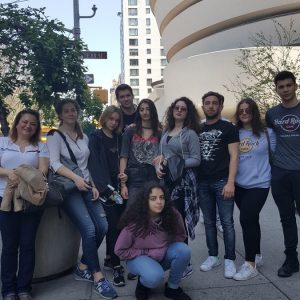 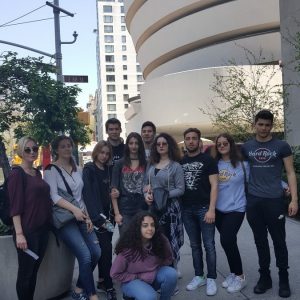 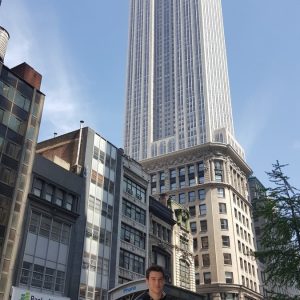 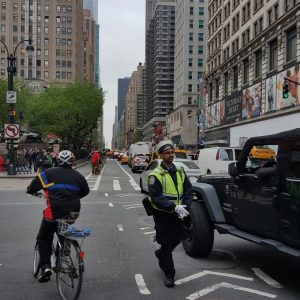 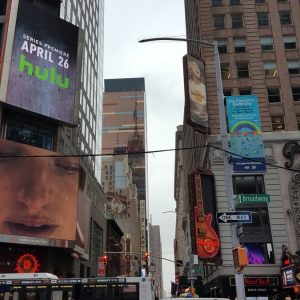 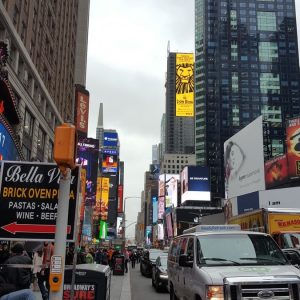 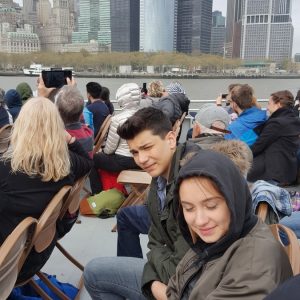 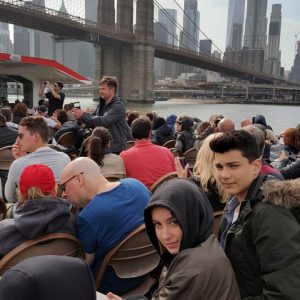 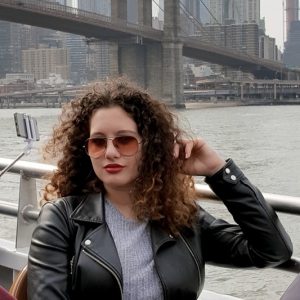 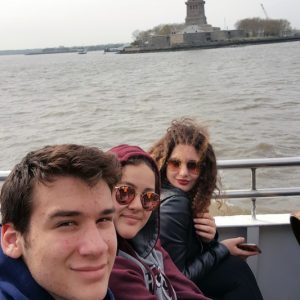 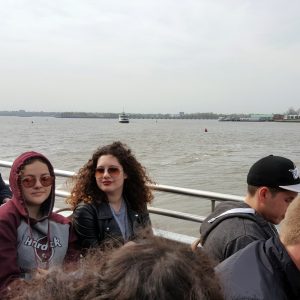 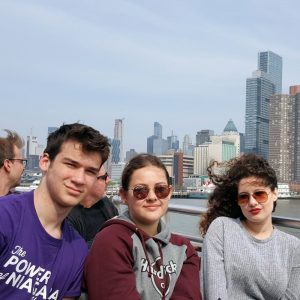 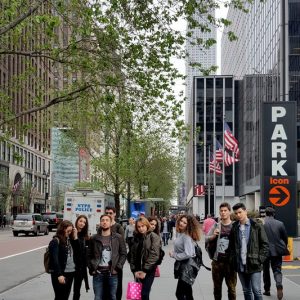 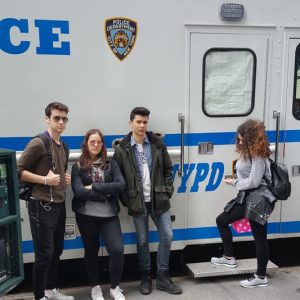 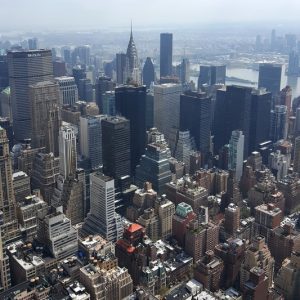 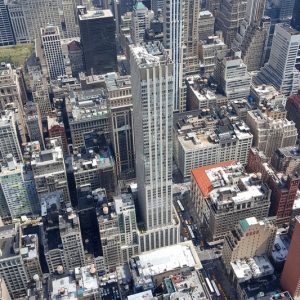 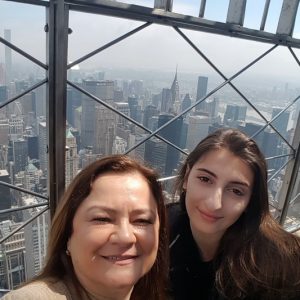 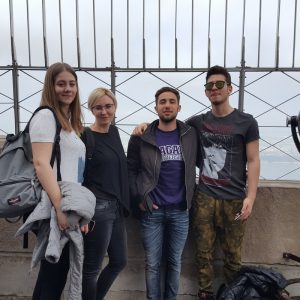 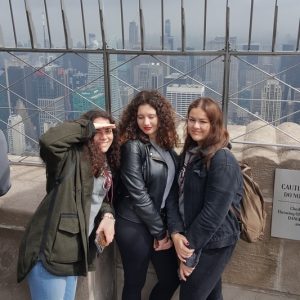 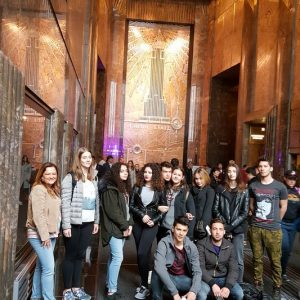 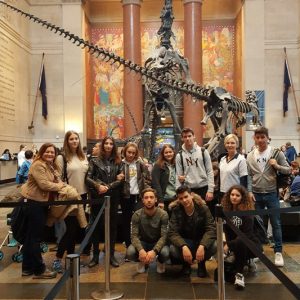 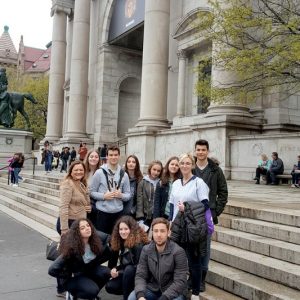 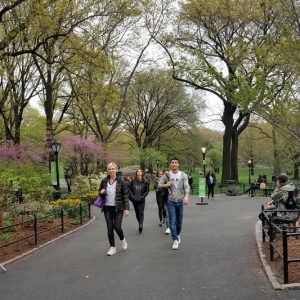 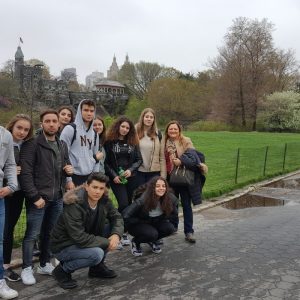 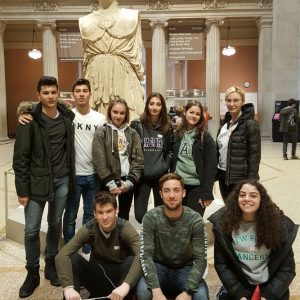 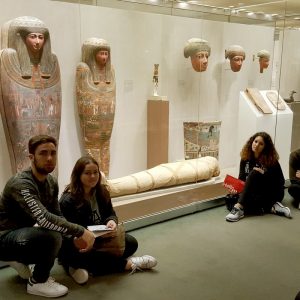